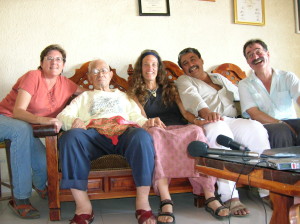 Paul Anastasio and Tina Pilione, along with Elena DeLisle and Juan Manuel Barco, perform and teach the achingly beautiful music of Mexico’s region known as Tierra Caliente. They are available for teaching engagements such as University artist in residency programs and music camps, as well as for performing venues featuring traditional ethnic music.